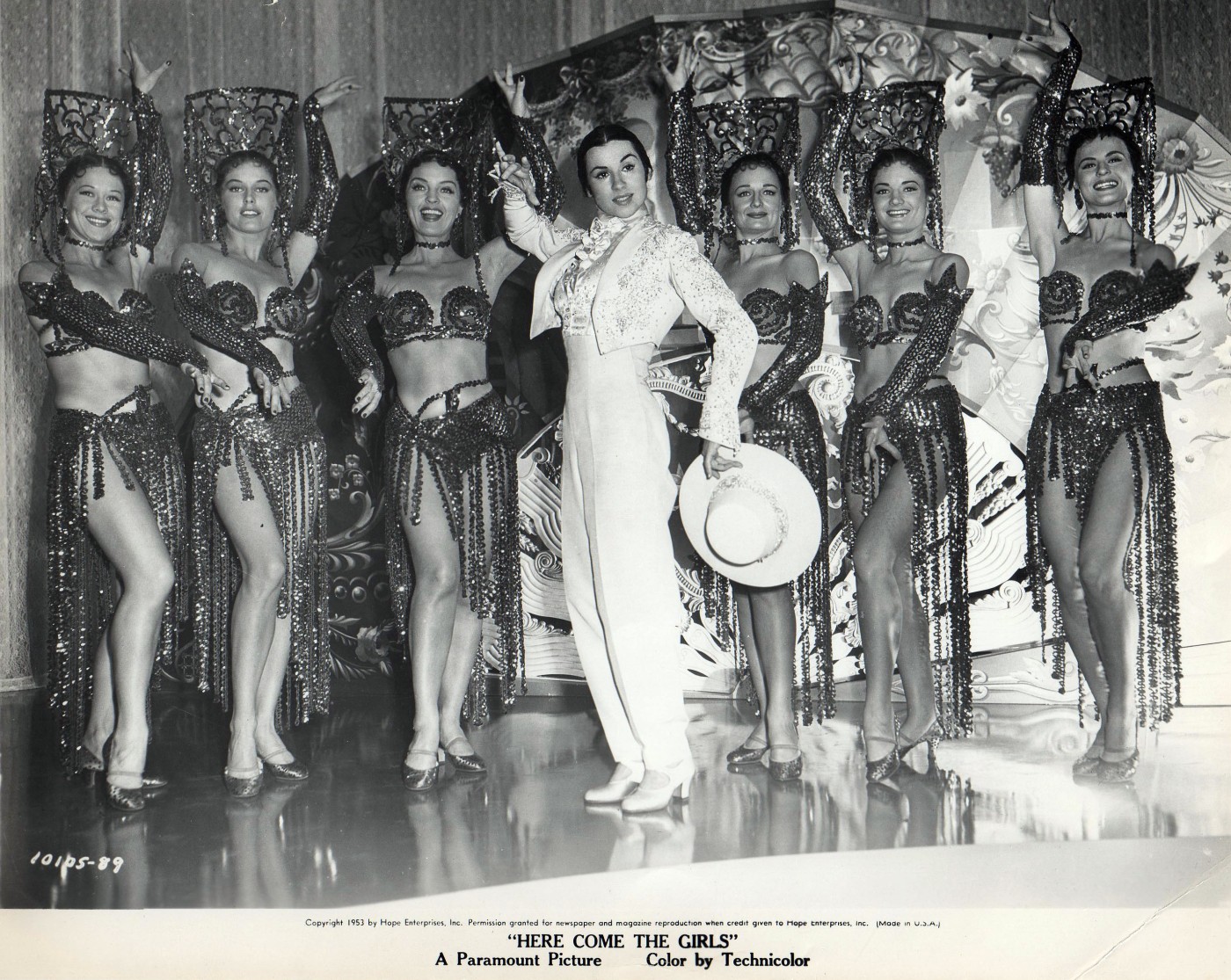 A new presence on the Internet

Several weeks ago I received a comment  on the YouTube from an individual I do not know who made a generous and very flattering statement about my work related to my appearance in Here Come the Girls starring Bob Hope. My dance was only one minute and 22 seconds long on the big screen.  This engagement was one of several movies I danced in since 1941.

I had always regarded myself as a classical dancer in the Spanish dance medium but these popular assignments were welcomed because of a wider public exposure and of course the extra income.

I had recalled I did have screen mention and was credited as the featured dancer in that big scene. I received much praise from everyone. The writer advised to have a profile and photo attached to my credit and after much thought I acquiesced to this suggestion.

I do now have that listing on IMDb along with a list of other big screen and small screen dance sequences to my name.

I am aware that to the general public, an appearance in motion pictures and on television is regarded as more illustrious than live theatre or concert performances. The serious side of the entertainment business is less thought of as a means to a wider public.

Be that this is the case; I put a lesser value on my movie career than the many concert programs I appeared in over eight decades. To my way of thinking a live performance has a quality not present in the medium of film, video and television.

In a live presentation I was able to show more variety and scope of the work and it has remained that way throughout my long career,

There are nevertheless other opinions and perspectives about the worthiness of popular exposure as opposed to the classical offering in live theater and concerts. I rest my case!