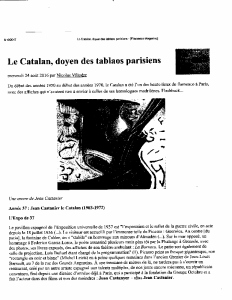 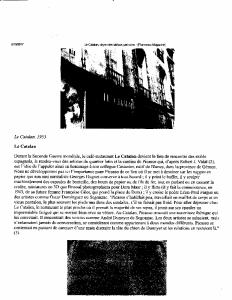 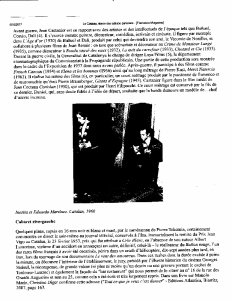 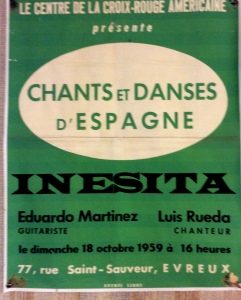 On my first trip to Spain, in 1953, I was deep in study with three different masters of flamenco. On my return by ship, from Gibraltar, I met Juanele Maya and his wife and dance partner, Salome, whom I recognized from Jose Greco’s company. I introduced myself and told them how much I admired them.  They were joining Greco on his next tour. Somehow, news spread that dancers were on board, and we were asked to perform.  I danced Alegrias, with Juanele accompanying me on the guitar. Salome was feeling ill and did not participate.

After almost a year in Madrid during my studies in 1958-59, with three other teachers, my husband, Bob and I made plans to leave. During this period I did a concert appearance at the Embassy for Ambassador Lodge and Mrs. Lodge, Senor Arielza, Ambassador to the United States from Spain and  other important guests.  A lecture-performance at the Castellana- Hilton preceded this program. We stopped in Barcelona where I appeared in a show at an establishment with some other artists.

While in Madrid a contact was made with Mr. Cohen, brother-in -law of my friend, Carmen Estrabeau, a Spanish actress and singer whom I knew well. She gave my name to Mr. Cohen. He suggested we contact a Frenchman, Mr. Brueil, who owned a tablao in Paris.

Mr. Brueil visited Madrid every year to contract Flamenco artists to perform at Le Catalan. The restaurant on the Left Bank was the most famous in Paris due to its connection with Pablo Picasso, the great Spanish painter who founded this establishment with a coterie of his friends and artists. In fact, his studio had been in the same building next door to Le Catalan.

In August of 1959, my husband and I found ourselves in Paris during the month when most of the population is on holiday. After an initial stay at a pension on the Rue d’Assas, we found accommodations at Cite Universitaire, in Antony, a suburb of Paris, where we stayed very economically. In Paris we spoke with the bartender at Le Catalan about our interest. We were told the owner would return from Spain on Sept. 4th and we could see him then.

On that day, in Paris again we contacted him to explain my desire to meet guitarists and singers who might be interested in appearing with me in concerts in Paris.

When we arrived, Mr. Brueil told me in Spanish that he needed a dancer for the show because one of the artists he engaged was having difficulty with her visa from Spain.

I did not have my shoes or castanets with me, so I rushed back to Antony, packed the dance shoes, castanets, and a practice skirt and rushed back by train to the tablao. (I had noticed that Juanele Maya whom I had met returning on the ship from Gibraltar was rehearsing upstairs in the dining room.) As I ascended the stairs I saw him and he recognized me from our time on the ship.

When I returned, Juanele was still rehearsing. Everyone was very friendly including Juanele, as we passed over my dances with the guitarists and singers in rehearsal.

I began an Alegrias and the guitarist followed expertly. At the finale of the dance, one of the singers joined in with excellent palmas for support.

I did several dances including the Zapateado. One guitarist was eager to accompany me in this number because of its complex rhythms. All were impressed with my work, so they notified the mother and co-partner of Mr. Brueil, Marguerite, to watch the session. I was asked if I would substitute for Salome.

I opened at Le Catalan in the first week of September and the shows went very well. By the first day Salome did arrive and the scheduled performances were in place. Another female dancer, Laura Toledo completed the list of artists. With two singers and three guitarists we numbered nine performers.

After five days passed, Marguerite arranged to meet with me and the chef who spoke both Spanish and French. The cook translated to Spanish from her French, but since I was aware of the content of her conversation, I actually understood her. She offered a small weekly salary plus an apartment in the building next door for an indefinite time frame. I accepted with the proviso that I be allowed to hire a singer and guitarist from Le Catalan to appear with me in three concerts arranged at the American Center.

Everyone was pleased that I stayed, and both Salome and Laura expressed pleasure that I was part of the ensemble. The Zapateado which I performed each night received the most applause, but generally my dances went over very well with good support from the guitarists and flamenco singers. All were from Andalusia except Laura Toledo. She was of Russian parentage and French speaking due to her schooling in France. She was also fluent in Spanish and in English because of her education in the United States.

This restaurant was considered the finest of its kind in Paris. It was frequented by celebrities and many artists of the dance world including Spain. I always was taken for Spanish and that was pleasing.

The three concerts were successful at the famous American Center on the Boulevard Raspail and I was able to make extra money and receive publicity as well. Living on the Rue de grand Augustin, where Pablo Picasso had his “atelier” added a glamour and interest to the experience. I also was given complete access to the Centre (It actually was very cosmopolitan) and I had use of the gymnasium for rehearsal and the piano. There was a Library and we met many interesting people who became my followers. More appearances were arranged in outlying towns and I contracted other guitarists and singers who were available.

During this period there were some changes in the roster of artists, because of other engagements which came up and the substitutes fit in with little trouble. One aspect I noticed was the tendency of the dancers to watch each other from the sidelines.  I often saw at least two pairs of eyes observing me over a screen at the side of the stage. I did the same when I had a chance. Many flamenco artists follow the work of their colleagues and try to copy and incorporate these elements into their own performances. I imagine this occurs in other fields as well.

During the engagement, celebrities came to dine at Le Catalan, among them Marlon Brando, Maurice Bejart, the famous dancer and choreographer, the Spanish stars, Pilar Lopez, and Lola Flores and Mariemma.. From time to time, well known flamenco artists would come by to greet us in the dressing room and sit in the bar below. These included Joselito, the dancer, Rafael Romero, Niño de Almaden, El Pili, and Jarrito, all flamenco singers of note. After about three months Juanele Maya and Salome left, and other dancers were engaged.  When different singers were contracted, we collaborated easily on the dances and songs because everyone was experienced. I was received especially well in the bar below. One of the singers commented “tu tienes el duende debajo, Inesita.”

( Inesita, you have the goblin downstairs). I danced on a table where the customers had their drinks. It was the intimacy of the situation which changed the atmosphere and I must have responded with special “aire” or spirit.

After seven months, we realized that this experience although valuable, really led nowhere and I resigned. Everyone was disappointed that I did not stay at least a year.

I did appear on two television shows in connection with Le Catalan. Of course I danced   the Zapateado on a table! I included another number, Polo, a very sophisticated flamenco form with the guitarist and singer. This was the work of my teacher in Spain, Antonio Marin.

In March of 1960 we left for England and a new chapter.

In recent weeks, a link to a Flamenco Magazine in Paris, France featured an article about the history of Le Catalan. There were several pages and among them reference to the tablao performance in which I was featured along with about seven other artists; guitarists and singers and dancers. From time to time the cast changed while I was there.

There are two images of mine in the article and a mention of my name in the last page.